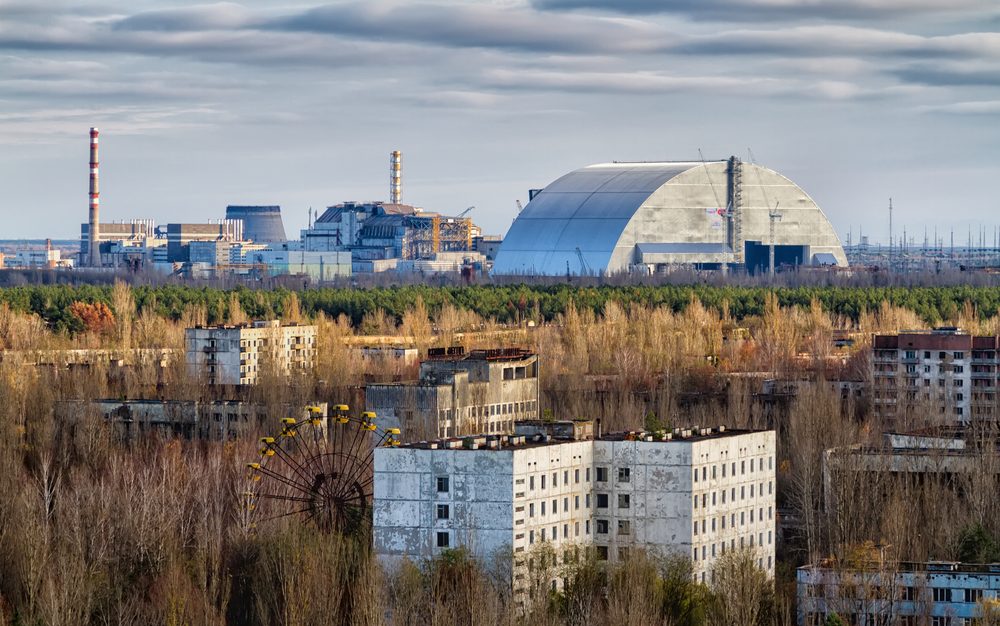 “The safety of the technicians was the primary concern during this project, and a lot of time and effort was spent in the first stage looking into the safety standards at the French-led project. When we gained confidence that our technicians would not be exposed to radiation much stronger than that of an average European metropolis, and that first-class safety procedures were in place, we accepted the contract.” Cezary Miller, Chief Operating Officer, Eryk

Our company was taking part in finishing the electrical installations on the world’s biggest mobile arch (New Safe Confinement, or NSC) in Chernobyl, Ukraine, which replaced the old shelter over the nuclear reactors and is now securing the area from nuclear radiation for the coming 100 years.

Thirty-two years have passed since the accident in the Chernobyl nuclear plant in Ukraine in 1986, and the first shelter built in 1986, which was designed to last 30 years, was replaced with a more permanent confinement construction. It made it possible to begin cleaning up the nuclear reactors underneath.

In 2005 a French consortium won the tender, and the work began in 2010. Eryk (back then BIC) was invited to perform the electrical installations on the giant metal arch, and with the construction phase reaching its final stage, in November 2017 our first technicians began working on site in Chernobyl. In total we had 26 technicians in place.

Our technicians were working on the electrical installations of the specialized equipment inside the arch, which made it possible, after the construction period, to remove the old shelter and clean up the reactors underneath without people getting exposed to radiation – every process was handled from a control room outside of the arch.

Assembly and installation of elevators and escalators