Have you ever heard about FootGolf? Interview with Patryk – Sales Representative.

First: congratulation on winning the tournament!

Thank you very much! Currently, in Poland, we have the Footgolf League underway, where 8 cyclical events have been planned, on which each player scores ranking points depending on which place he finishes. In my case, it was the third competition of the Polish Tour. I was on the podium for the third time, but for the first time at the top of it! In the general classification, I am currently ranked second, but I did not say the final word yet. There is still a lot of distance to the “end of the race” 😊 Please keep your fingers crossed because at stake there is the title of the Footgolf Champion of Poland in 2021 😊.

Let’s start with a basic question: What exactly is FootGolf?

The game is played similarly to golf. The exception is, that instead of a golf ball, players use a football-soccer ball, which is kicked rather than struck with a club. Of course, holes for FootGolf are much bigger in diameter than the golf ones. The player who finishes the course with the fewest shots – wins. The first shot has to be played from the “tee” box, and bunkers, trees, water and hills must be crossed or avoided, in order to reach the hole. The game is played with a regulation soccer ball. As football-soccer balls cannot be propelled as far as golf balls in one shot, FootGolf is played on holes shorter than those used in golf. It has been observed that, compared to golf, FootGolf is quicker to play, more accessible, and does not require expensive equipment.

How did it happen that you started playing FootGolf?

I played football all my life, I think 😊. When I was 18-21, I played also on competitive level in Poland. Since I moved to Ireland in 2004, I only continued football on amateur level, mainly playing 5 a side teams. After many injuries I had to give it up but I was always looking around for some new sport/hobby that will steal my heart. It happened in January 2018. I decided to play on “FootGolf Open Day” in Ireland. I was impressed how well the day was organized, how hard the game can be and how good experienced players are 😊. On the same event, FootGolf Ireland representative announced event calendar, where everyone could take part in and potentially qualify to the Irish Team going the World Cup tournament in December. It was my target from day 1 – get a spot in that team, visit Morocco and play my beloved new sport there.
The beginning was very hard. Experienced players were years ahead of me and they knew how to win the tournaments. I was just a rookie, testing different styles, equipment and many other factors. About 60 players competed that year and the World Cup team could only consist of 12 of them. I was not good enough to qualify as ranked player after 6 events. My only and last chance for the final ticket to Marrakesh was to win Match Play Championships event organized for all players that did not qualify via the ranking. Only the winner of that one day was given a chance to represent Ireland. And I won that event beating 40 other players on the day 😊.

It was a dream come true and fascinating further 4 months of practicing before going to my biggest sporting event ever.
It was a great 10 days in Africa, something I will remember for my whole life. I finished 145th in the World and it was 2nd best result among all Irish players 😊. A lot of knowledge, experience and friendships happened during that tournament. That’s how my first season of FootGolf looked like… and it was getting better from there 😊.
Many won tournaments, many other ended with good performance and strong top 5 player in Ireland for the past 2 years (also representing Ireland during European Championships in UK in 2019).

How much time do you need to catch the rules?

You can start straight away: just bring decent football shoes (flats or astros) and football. You will learn the most basic rules within the first 30 minutes of the game 😊. The players around you are also the referees. That’s why I call it one of the cleanest sport as there is no third party deciding to penalize you or not and also it is not a contact sport. Technically you, your ball, experience, mental strength and how good you are on that day will determine if you are going to win or not. No one else can really have an influence on that. For more competitive events, stricter rules need to be adhered to, but you can learn all that depends how deep you end up in it 😊.

Do you have any interesting links to recommend?

How does it look in Europe? Who is the leader?

European and World FootGolf are constantly growing. There is more and more associations created every year. Europe in particular has a very strong presence on FootGolf map. Countries like Italy, France, The Netherlands, Belgium, Switzerland, Slovakia, Hungary, Spain, UK, Ireland and few more, are dominating the sport. They created a lot of positive vibe around the sport and together with growing facilities, they can be proud of many great players, sport ambassadors and champions. English player Ben Clarke is a current no 1 in the World. He is a runner up of 2018 World Cup. France has the best team by winning gold on the same event. Italians has the strongest senior player (over 45 years) and another English girl is a gold winner in Morocco and the best player on the Globe.

All those associations together with mothership called FIFG (Federation of International FootGolf) are able to create extremely interesting calendar of events where you can experience the game on the highest competitive level. Unfortunately in Poland we are not so lucky. Polish FootGolf Federation (PFFG) was formed on 17th August 2016 in Gdańsk. The main
purpose of the Federation is to grow the sport of FootGolf in Poland, attract more players into it and encourage more golf courses to open their gates to the game.
From the very start, the Federation has had a home course at Postolowo Golf Club, where all the league matches and other events are played. It is a beautiful 9-hole course with huge
potential to grow. Unfortunately, we currently have only this one course in Poland. At this stage, we have 50+ active FootGolfers taking part in the league and other tournaments. So far
it is only individuals who competes, but we are looking into starting the growth of clubs, so we can move forward with club competitions as well. Interestingly, the long-term plans of the FIFG include introducing this discipline as a showcase for the Olympic Games 😊.

How would you encourage future FootGolf players? What is so special about FootGolf?

I really don’t know why FootGolf got me so hooked. Some encouraging factors were for sure: pure competitiveness, traveling and meeting new people, playing the sport in beautiful natural surroundings and outdoors, individual sports where you can clearly see your progress if you spend some time on practice 😊

Besides, it is not a sport for outstanding footballers or golfers. Anyone can try and see how much fun it can be. It is the same with age. You will find FootGolfers from  5 to 90 years 😊.

I highly recommend it and encourage you to contact me if you have any questions or want to know more.

What are your plans for FootGolf the future?

As we all know experiencing Covid pandemic, things can change very quickly around the World. Last 18 months were rather sad and demotivating for our sport where so much cross border traveling is crucial. I am focusing now on the plans for the next 18 months. The main personal goals are:

-> To travel to 10-12 big European tournaments and be ranked top 50 in Europe
-> To qualify to the 2023 World Cup in USA, representing Poland. Top 50 finish would be also on the cards. Become Polish Champion as well of course 😊.
-> To find 2-3 sponsors that will support me financially with the above 😊.
-> To grow the sport in Poland and organize big Polish Open event sooner rather than later.
-> Stay fit and healthy 😊 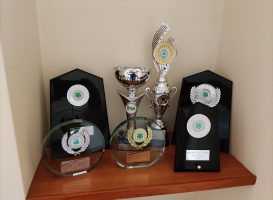 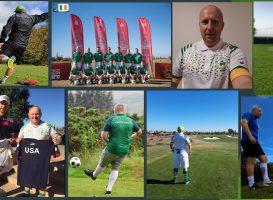 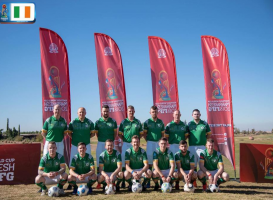 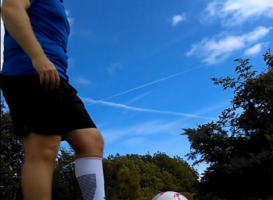 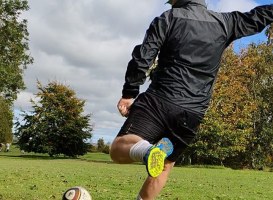 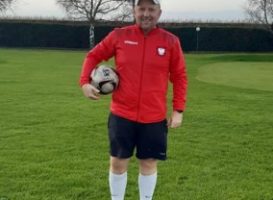 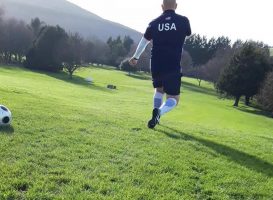 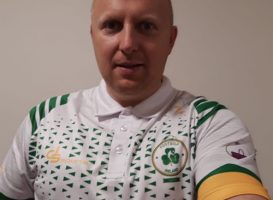 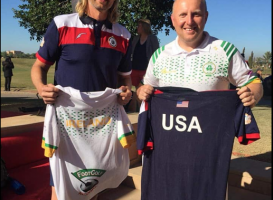 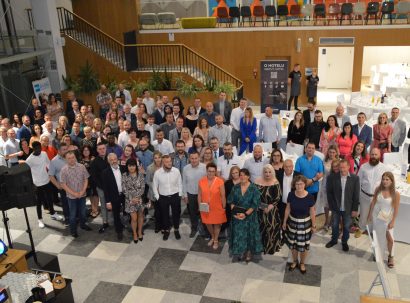 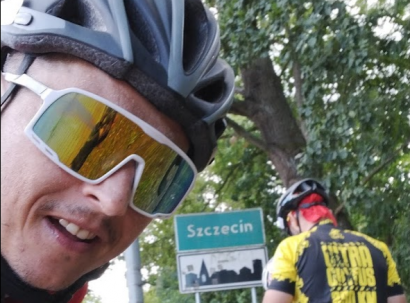 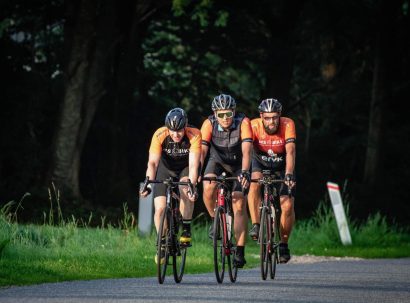 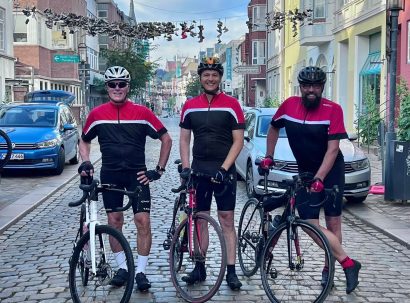 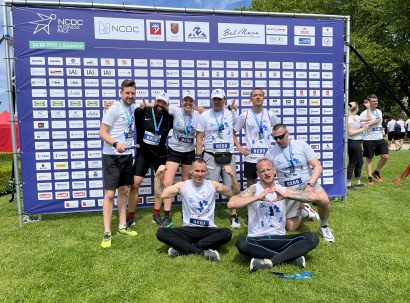 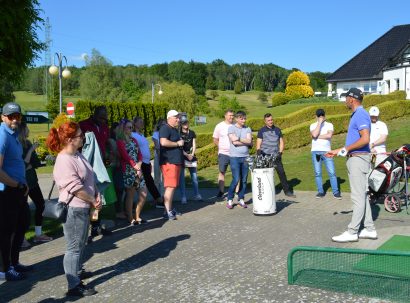 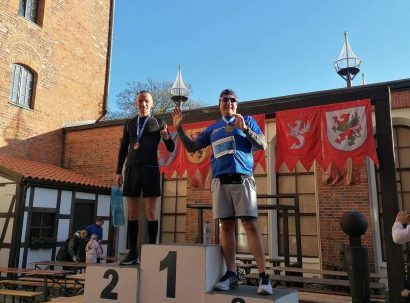 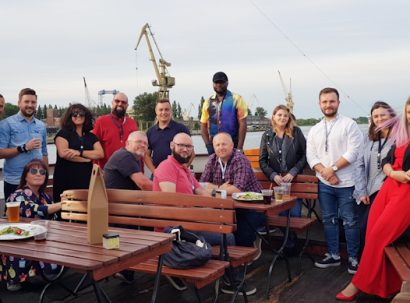 Cruise along the Odra River 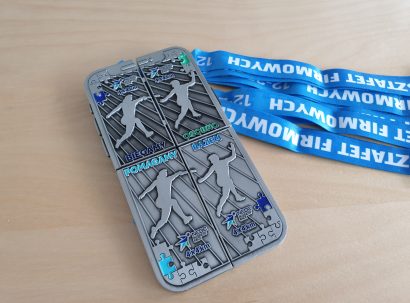 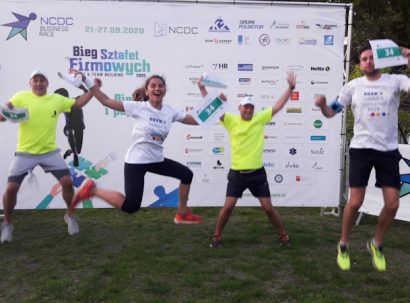